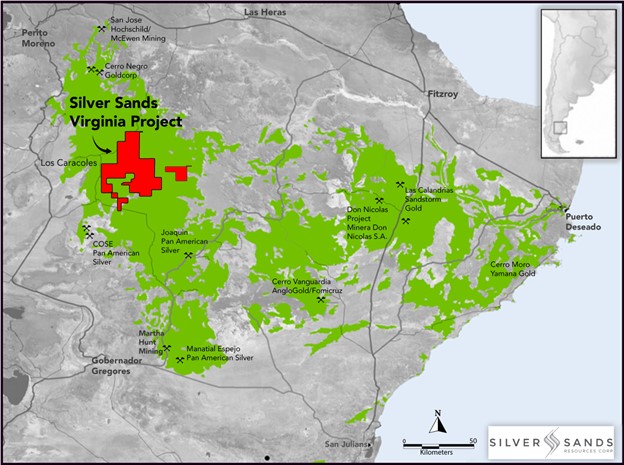 The Deasado Massif is dominated by middle Jurassic Rocks of the Bahia Laura Group, which are mainly volcanic in origin. The Bahia group is sub-divided into the Chon Aike Formation, mainly felsic volcanic rocks, and the Bajo Pobre Formation, mainly intermediate or mafic volcanic rocks. Both units appear to be of middle to upper Jurassic age and both are known to host important precious metal deposits believed to be upper Jurassic in age. Bahia Laura is overlain, and probably in part interbedded with, the Matilde Formation comprised of fine grained tuffaceous and sedimentary rocks of upper Jurassic age. These are the units which contain most of the known precious metals in the massif. 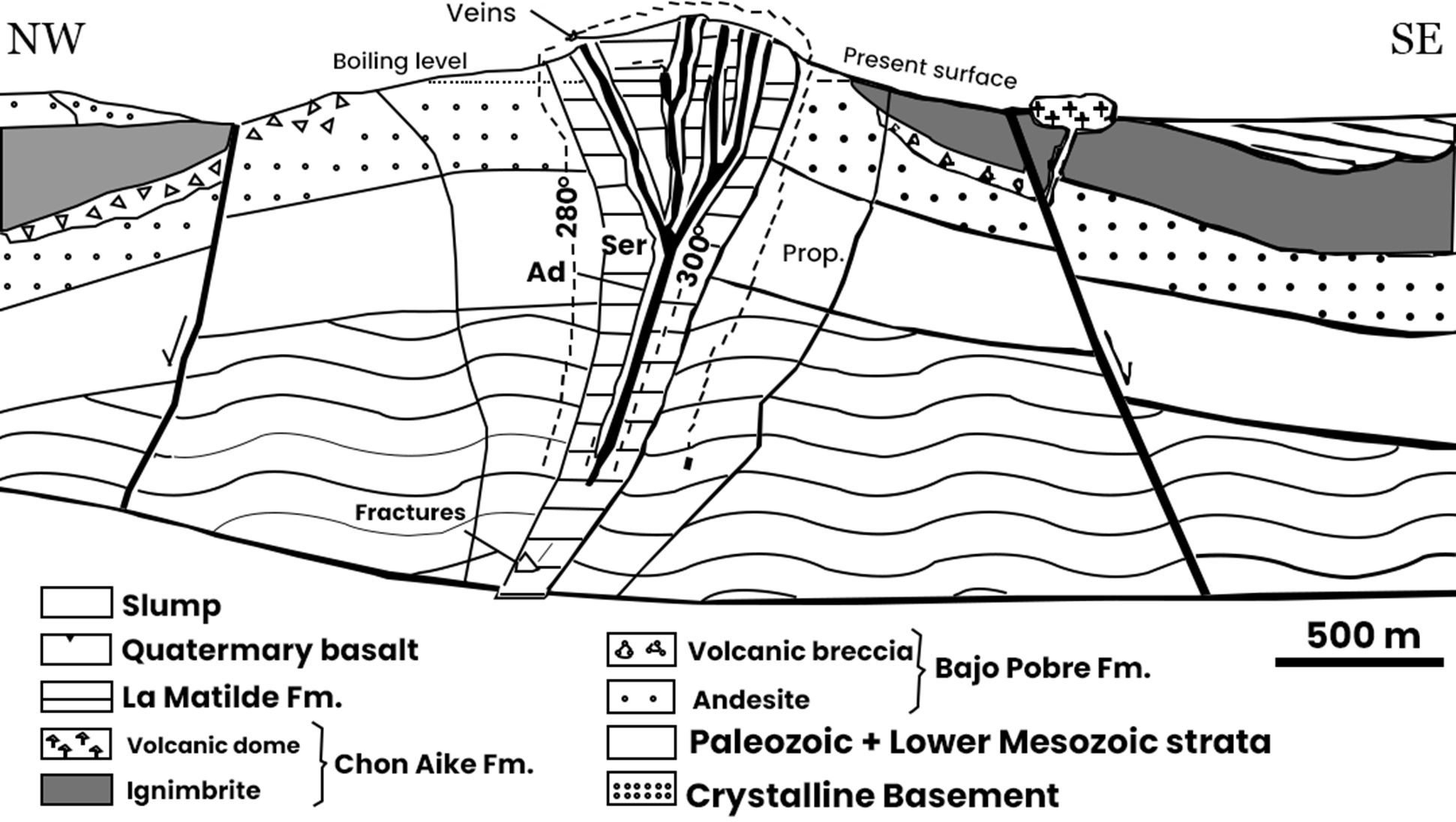 The Deseado Massif geological province hosts epithermal gold and silver deposits such as the world-class Cerro Negro and Cerro Vanguardia mines. The Virginia project like most of the projects in Deasado Massif is a low sulphidation epithermal deposit exhibiting a high degree of structural control.   The Cerro Vanguardia mine hosts historical and current reserves exceeding 9 million ounces of gold and 140 million ounces of silver demonstrating the potential size of deposits in the Deasado Masif province. 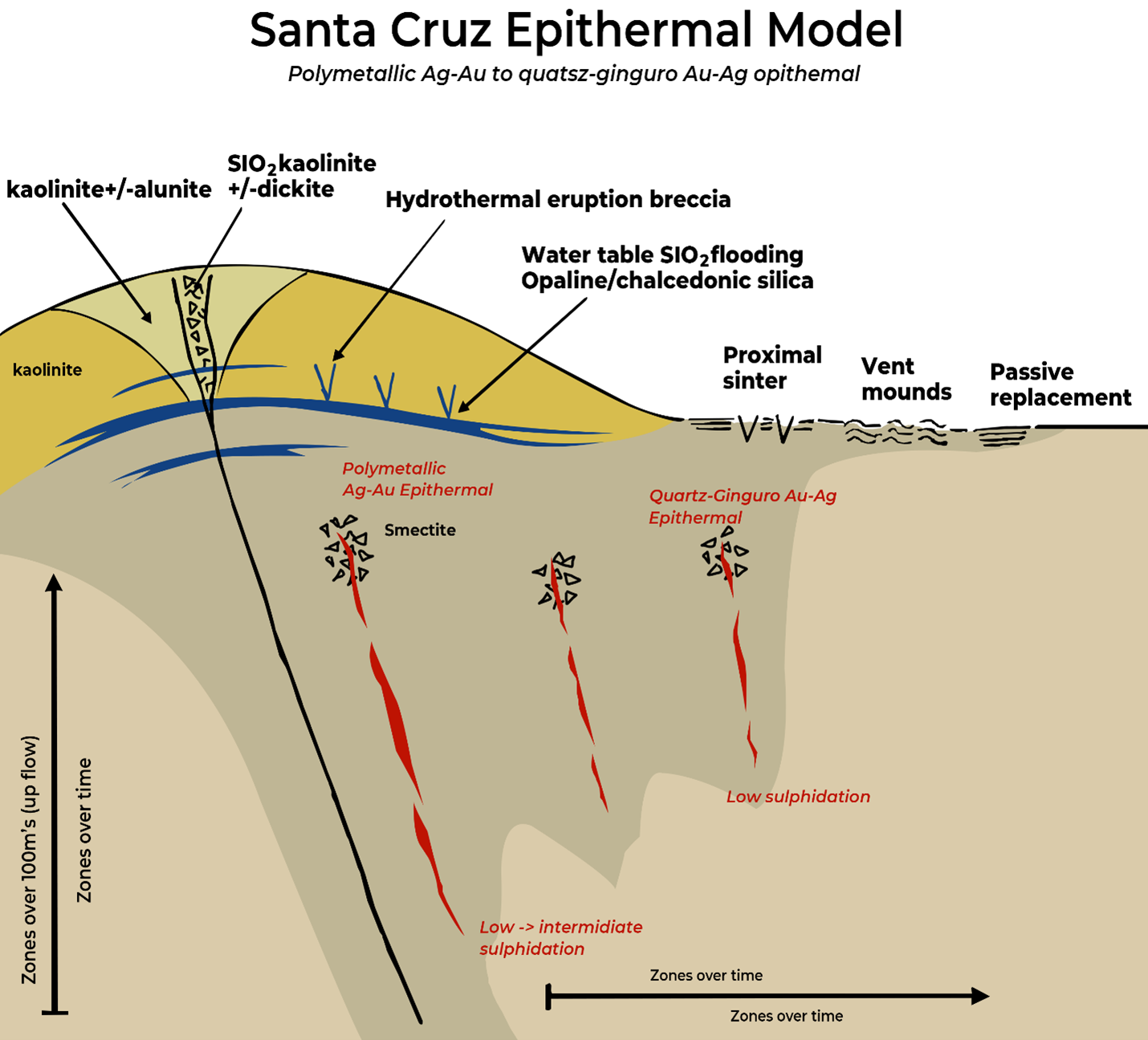 A partial list of the projects, companies, host rock, resources, and details of the deposits in the Deasado Massif are compiled in the table below. The depth of these deposits’ ranges from surface to 450 m in depth. 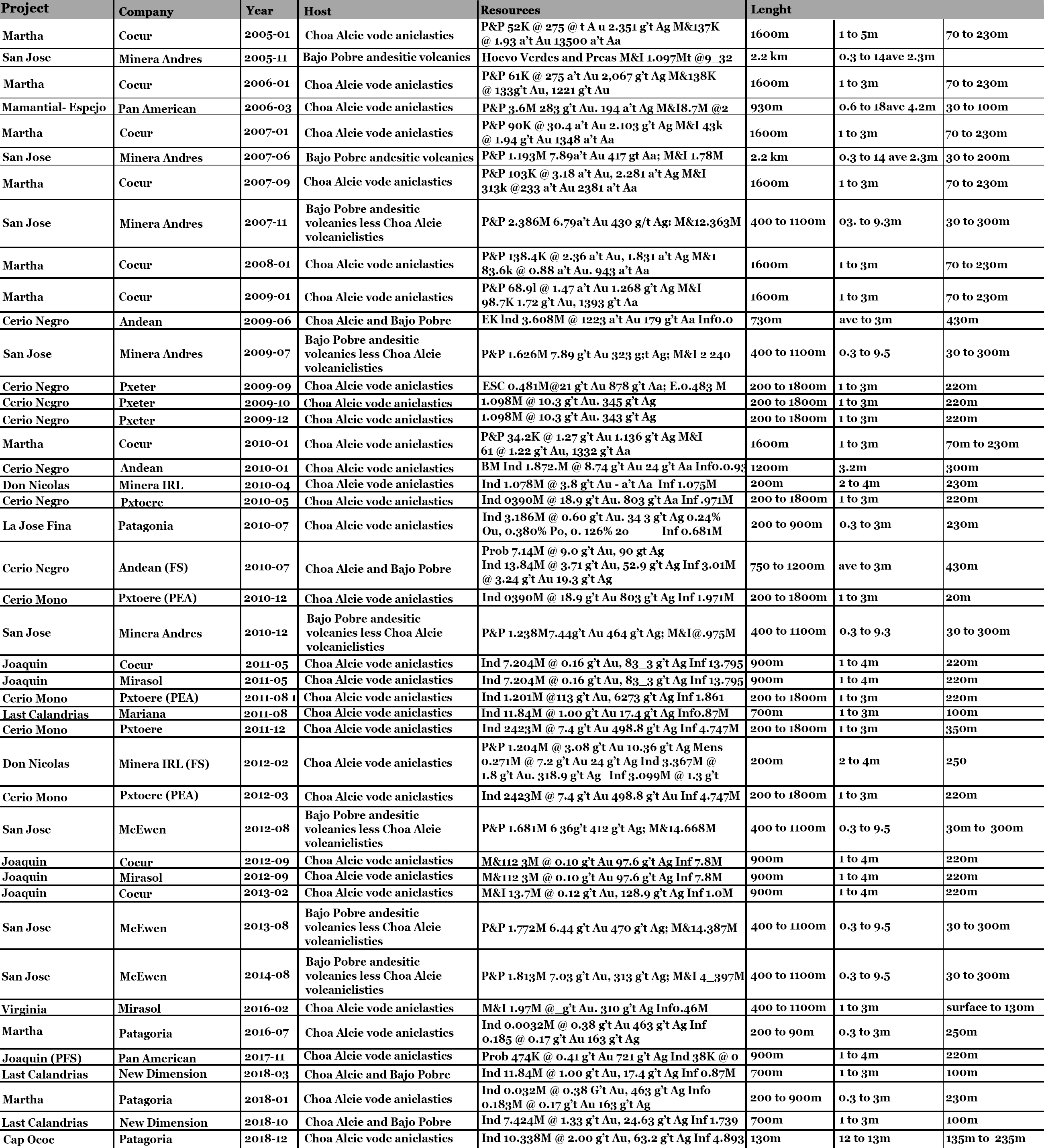 Mirasol first discovered the Virginia silver deposit in 2009, following-up a high-priority reconnaissance target identified by its geological team. Over the next few years, Mirasol defined high-grade, intermediate sulfidation epithermal style mineralization in a series of prominent outcrops of vein-breccia that are associated with a rhyolitic volcanic flow dome field. Rock chip and saw-cut channel sampling over these outcrops defined significant strike lengths of continuously mineralized vein-breccia, with many samples assaying over 1,000 g/t Ag.

Starting in 2010, Mirasol completed 488-line kilometres of ground magnetic surveying and 82-line kilometres of IP geophysical surveys, utilizing the Company's in-house technicians and equipment. The exploration efforts through 2010 resulted in the definition of over 9,600 cumulative metres of outcropping and sub-cropping silver-bearing veins in 8 distinct veins contained within 3.4 by 4.8 km area, with the geophysical surveys suggesting the potential for the discovery of significant shallowly-covered extensions and new veins.

The Reduced To Pole (RTP) magnetic survey reveals that in some rare instances, such as at Julia North, magnetite is present in the mineralized vein/breccia and a distinct magnetic high is associated with the vein. More commonly, the veins do not have a distinctive high or low response, but rather lies along distinct “breaks” in the magnetic texture.  For instance, Magi and Maos veins clearly lie along a major magnetic break which trends northwesterly curving more to the north in the Maos area. These breaks are interpreted as faults which host the veins.

Phase I and Phase II drilling has indicated that the southern and eastern parts of the project are at higher levels in the local volcanic system which require deeper drilling to test the mineralized zones. These deeper mineralized zones will be the focus of Phase III.

Phase III drilling aims to test some deeper vein targets on the property. Prior to 2009, exploration on the property was focused on high grade outcropped veins only. Phase I and Phase II drilling completed in 2020/2021 has demonstrated the existence of significant silver mineralization that has not out cropped on the surface especially in the south and the south-east areas of the property.